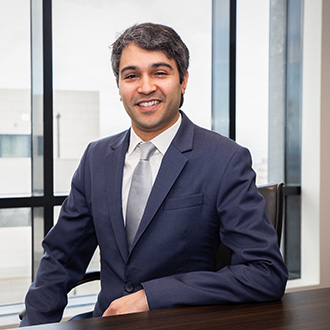 Gian joined Hassans in 2013 and is a Senior Associate in the Corporate & Commercial Team.

His practice consists primarily of corporate and private client work, advising on a variety of transactions including corporate restructures, multi-jurisdiction financing, sales and acquisitions and joint ventures. He is also experienced in the establishment of Gibraltar-based corporate and trust structures and their management.

Some notable examples of recent work that Gian has undertaken include:

After graduating from the University of Exeter with an LLB (Hons) degree, Gian completed the Bar Professional Training Course at the City Law School in London. A member of the Honourable Society of the Middle Temple, he was admitted to the Bar of England & Wales in 2013 and the Gibraltar Bar in 2014. Gian also attained the Professional Certificate of Competence in Gibraltar Tax from the University of Gibraltar in 2019.