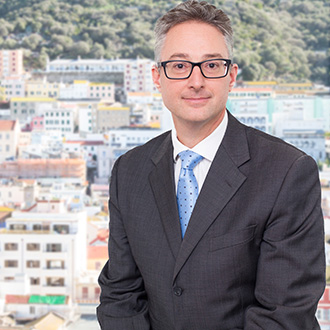 Albert is currently seconded to HM Government of Gibraltar as Financial Secretary.

As a Partner at Hassans, Albert has specialised in advising on tax and transaction structuring, both locally and internationally, and recently advised on the successful flotation of a Gibraltar company on the London Stock Exchange.

After graduating from Heriot-Watt University, Albert joined a ‘Big Four’ accounting practise in the UK and qualified as a chartered accountant in 1992. He subsequently joined KPMG in Gibraltar, where he became a Partner in 1998.

In 2002, Albert, together with Chris White, was a leading part of the team instructed by the Government of Gibraltar to draft a completely new tax system.

In 2004, Albert joined Hassans as the first member of the partnership team with a non-legal background. He retrained as a lawyer and in 2007 attended the Inns of Court School of Law in London where he qualified as a Barrister. His dual qualification as a Chartered Accountant and Barrister brought an added dimension to tax and transaction structuring, both in the local and international field.

"bring[s] a massive wealth of knowledge to the table for his clients."
Chambers Global
"recognised market leader"
Legal 500