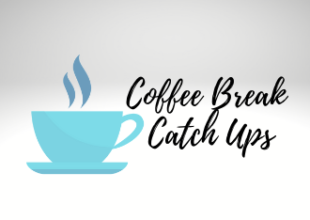 From time to time, we speak with one of our lawyers to get their views on current issues and/or trending developments relating to their practice area, as well as the markets and jurisdictions they’re operating within.

This month, James Noguera, provides his thoughts on the challenges facing the jurisdiction and his wish-list for 2022 as we approach the end of the year.  James is an Associate within Hassans’ Corporate & Commercial department, and specialises in cross-border corporate and tax law, specifically in relation to corporate restructurings, mergers and acquisitions, corporate finance and corporate competition.

Q: Specific to your area of practice, what is the current state of the market in Gibraltar?

A: Gibraltar is a jurisdiction which has historically been able to successfully overcome and adapt to  unexpected (as well as unprecedented) changes to its status quo. This very much continues to be the case today, being a jurisdiction with a consistently firm and progressive offering consonant with the commercial realities of the current global marketplace. Specific to the corporate space, Gibraltar’s activity continues to consistently rise in prominence, recently in light of two principal factors:

(i) the ‘global rebounding’ effect of the corporate markets’ return to a more familiar normality, particularly the resumption of the plethora of postponed corporate projects and transactions left in abeyance as a result of the pandemic; and

(ii) a surge in expressions of interest, and in many cases, pursuance of positive steps by both corporate players and high-net worth individuals establishing a presence in Gibraltar in anticipation of the resolution of the ongoing negotiations between the UK and the EU over Gibraltar’s prospective bespoke accession to the Schengen acquis, which if in fact comes to fruition, is expected to further enhance Gibraltar’s offering as a post-Brexit gateway to the European markets.

Q: Have there been any, or are there expected to be, any new pieces of legislation in your area of practice, and what benefits may this offer a jurisdiction such as Gibraltar?

A: In recent months, numerous pieces of legislation have been enacted in Gibraltar, including but not limited to the new Limited Partnerships Act 2021 (the “LPA”), which has been well received by industry professionals across the board. Building on its now repealed predecessor, and in addition to serving as an (increasingly in demand) alternative legal vehicle to limited companies, the LPA seeks to expand the scope and characteristics of traditional limited partnerships, namely by:

(i) permitting limited partnerships a one-time election on whether to have separate legal personality;

(ii) allowing partnership interests of limited partnerships to be represented by shares, bonds, notes, loans or other debt securities or instruments; and

(iii) affording limited partners greater substance and a firm statutory footing on which they can play a more active role in the limited partnership’s affairs notably, in certain circumstances, without vitiating their limited liability. The LPA is simply an example of effective Gibraltarian innovation intended to meet current market demands, without undergoing wholesale reform – bravo!

Q: Are there any legal developments which you would like to see be implemented in Gibraltar?

A: As we approach the festive season, my wish-list for the New Year would include a favourable conclusion to the ongoing negotiations behind the application of the Schengen acquis (or parts thereof) to Gibraltar, together with the subsequent commencement of Gibraltar’s pursuance and establishment of a double-tax treaty network with a host of jurisdictions. I believe this would again, strengthen Gibraltar’s offering specifically in terms of:

(i) lessening instances of double-taxation between Gibraltar and other jurisdictions;

(ii) increasing legal certainty by facilitating exchanging of information between jurisdictions, as well as introducing specific rules applying to taxes on cross-border income streams; and importantly,

(iii) further enhance Gibraltar’s reputation as a tax transparent jurisdiction which collaborates internationally to combat tax evasion. After five years of uncertainty in the wake of Brexit, I do believe we are on the brink of commencing a new chapter in Gibraltar’s storied trajectory, one full of continued stability and prosperous opportunities.