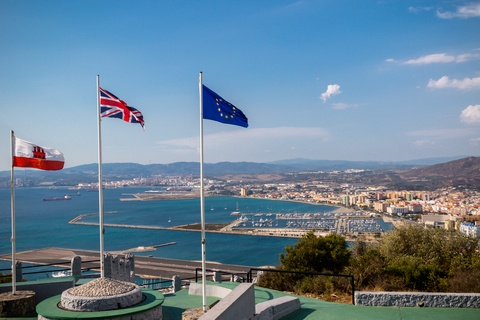 Here is a Q&A on how I see the Gibraltar insurance sector as we approach 2019.

What will the main impact of Brexit on the Gibraltar insurance industry be?

Existing EU insurers or new insurers wishing to write U.K. statutory classes/mandatory risks (ie which currently use the EU passporting regime) will have to either to licensed in the U.K. (in some form or other) or establish in/redomicile to Gibraltar. The existing Gibraltar-UK trading/common market relationship is expected to continue post-Brexit. This gives Gibraltar an advantage that no other jurisdiction has. We have already seen a number of enquiries for the establishment of new captives/insurers in Gibraltar and also companies seeking to redomicile from Malta to Gibraltar.

Can you explain your Gibraltar/Malta/La Linea business exchange strategy and why it might be effective for insurers post-Brexit?

Brexit presented a serious challenge to numerous insurance businesses in Gibraltar and Malta. On the UK’s exit from the EU, Gibraltar companies will no longer be able to use their ‘passporting’ rights into the EU and Maltese companies will lose their passporting rights into the UK. The affected companies, therefore, needed a solution for continued access to the European and UK markets respectively. I set out to develop the best strategy for such companies.

The initiative was to adopt a collaborative approach to the challenge presented by Brexit and try to make the most of any opportunities for mutual benefit. Gibraltar companies doing EU business (needing an EU solution) would relocate to Malta and Maltese companies doing UK business (needing a UK solution) would relocate to Gibraltar. The strategy was further developed to include relocation of affected Gibraltar companies to La Linea (Spain).

The initiative was innovative in numerous respects. First, the strategy adopted a collaborative approach to Brexit. It is not about poaching business. Instead, the strategy in relation to Malta/Gibraltar is for ‘two-way traffic’ — companies moving in both directions. Malta offers Gibraltar companies continued access to the EU and Gibraltar offers Maltese companies continued access to the UK. The strategy also laid out the option for Gibraltar companies with a local infrastructure to relocate a few hundred metres in the neighbouring town across the border with Spain (La Linea) and continue to work collaboratively with Gibraltar insurance managers. This is a unique cross-border situation within the EU. The second innovative aspect of the strategy was the use of re-domiciliation legislation. A company re-domiciling remains the same legal entity and is treated as having continued its corporate existence. Redomiciliation means that the company leaves one jurisdiction, establishes a new domicile and continues trading like before. There is no need to liquidate, portfolio transfer, or set up a new company. This is an innovative Brexit solution for affected companies and one Maltese insurer has already redomiciled to Gibraltar. Thirdly, Gibraltar/Malta have historically been in competition; this initiative demonstrated that jurisdictions can also collaborate successfully.

I worked collaboratively and successfully in developing and implementing this strategy as a solution for Maltese/Gibraltar companies affected by Brexit. I have also been keen to emphasise that the Maltese and Spanish options are not in competition with each other. They simply provide possible solutions for companies with different commercial objectives. But when taken together they can be executed as part of a ‘three-way strategy’ that maximises the Brexit opportunities for all three — Malta, La Linea and Gibraltar. In developing this strategy, I visited Malta and Madrid on several occasions and met with their respective regulators. I looked at a number of jurisdictions (including Luxembourg) when exploring options. Malta shared the most similarities with Gibraltar. The system of law is not entirely dissimilar and the authorisation process and prudential regime in insurance are also very similar. In addition, I could see that there were potential gains for Gibraltar because Maltese companies were also affected by Brexit. The La Linea option was itself potentially attractive for Gibraltar companies with existing infrastructure; it helped retain jobs and economic activity whilst also creating employment and generating tax revenues for La Linea (the Spanish town across the frontier).

The strategy has attracted considerable media publicity. This includes a report from Reuters where I was quoted. The ‘La Linea option’ has attracted particular media interest, including a report for DW (the German international broadcaster) in a news feature on Brexit concerning Gibraltar. The impact of this strategy could have been transformational for La Linea’s finances (the town bordering Gibraltar is among one of the least economically developed in Spain). It also allowed for a level of business co-operation between Gibraltar and Spain, for the mutual benefit of both sides of the frontier, which has never existed previously. Whereas it has been usual to speak of jurisdictional competition, this initiative speaks of jurisdictional collaboration.

The initiative has been the subject of considerable media comment and focus.

I believe the collaborative approach adopted to the challenge presented by Brexit is unique. Other jurisdictions have seen a predatory approach to Brexit (in essence, poaching business). The initiative has also helped to turn a serious challenge for Gibraltar into a business opportunity (business from Malta and not just to Malta) and also an opportunity for commercial cooperation with Gibraltar’s neighbouring town (La Linea), which has never happened in the past. The frontier between Gibraltar and Spain has historically tended to be the focal point for tension, whereas this strategy emphasises the commercial benefits of having a free-flowing frontier for both sides. In essence, Gibraltar companies relocating to La Linea (a few hundred metres from their existing headquarters) would continue to use Gibraltar manpower and expertise (including from local insurance managers) a few minutes walk from across the border. La Linea, in turn, would benefit from tax revenues and employment. That was the strategy of course, but the ‘implementation’ of that strategy has been more difficult in practice. There may be a number of reasons for this.

First, for the Spanish option to be a more compelling proposition it would be necessary for La Linea to have its own special fiscal regime, not dissimilar to the initiative in Ceuta and Melilla. There are provisions/exemptions in the EU state aid rules for the use of state aid by member states; Dublin’s International Financial Services Centre’s tax incentive zone was established with EU approval under a not dissimilar initiative in 1987. Separately, if the ‘region’ has sufficient fiscal autonomy it can also bring itself within the European Court of Justice Azores decision. The concept for a special tax regime for La Linea is therefore not impossible if supported by Madrid, and of course, the EU.

Secondly, the licensing process in a small jurisdiction like Malta (and indeed Gibraltar) tends to be ‘more user-friendly’
for smaller companies than in larger jurisdictions. That would certainly be the collective experience of most professionals working in this industry I think.

Thirdly, there is the question of timing (what we would call ‘speed to market’ ie how quickly you can get licensed in a jurisdiction). At present, Gibraltar companies that need to relocate because of a Hard Brexit must do so by March 2019 latest (and that’s only a few months away). The move to Malta within this timeline is still feasible but it would be unrealistic in the case of relocation to Spain without an extended transition period at EU level.

Whilst the ‘La Linea option’ has therefore opened an opportunity that wasn’t there before, and the interaction has been extremely positive, it will take more time still (post-Brexit) to develop it to its full potential. But if nothing else, it has certainly served to highlight that cooperation for mutual benefit is better than confrontation.

Will Brexit be negative or positive for the Gibraltar financial services market?

I cannot say Brexit will be positive for the market. There is no doubt that the ‘status quo’ (with access to both the EU and U.K. markets) would have been infinitely more positive for Gibraltar as a whole. One thing which I suspect might happen over the next few years within the EU is that EIOPA (the EU central insurance regulator) will take more control of current regulatory decision-making by national (EU) regulators. This can longer happen in the case of the U.K. (and indeed Gibraltar) post-Brexit. Further, if truth be told we have not really seen the Gibraltar insurance sector grow (in terms of new entrants) over the last 12 months, nor indeed the last 2 years. Whilst Brexit, therefore, provides Gibraltar with a unique selling point (ie preservation of current access to the U.K. market), realistically I cannot see the Gibraltar industry growing to anywhere near historical levels post-Brexit. That may be due to a combination of factors.

Nigel Feetham is a Senior Partner of Hassans.