“We strive to provide excellent client service, which to my mind means providing advice and assistance that is clear, comprehensive, relevant and reliable, whilst acting with integrity and responsiveness.” 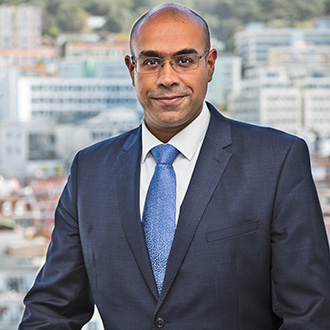 Vikram is a longstanding Partner in Hassans’ Corporate and Commercial department and part of the Fintech Team.

With roots firmly seated in Hassans’ Corporate and Commercial Department for almost two decades, Vikram has substantial experience in all aspects of corporate transactional work and commercial projects, specialising in investment and finance structures as well as large corporate mergers and acquisitions. Vikram has advised numerous multinational companies on corporate matters and their international transactional work. In addition, he is very experienced in cross-border structures and transactions. Vikram also acts as an executive director on the boards of many internationally recognised companies, including on the board for many years on what was the acquisition and holding vehicle for the Walgreens Boots Alliance business.

“Fantastic to deal with.”

“He cuts to the chase, delivers and has a good understanding of what you want.”

“He always prepares contracts in a very simple way to understand… he is extremely accessible.”

“He has extensive experience working with the firm’s international clients in cross-border transactions.”

As a fully qualified Trusts and Estate Practitioner, Vikram advises certain high net worth individuals and families on their personal and business matters, and assists with the structuring of personal wealth and business assets. Vikram also acts as an executive director for some of the Firm’s largest private clients, building close relationships with his clients and deeply understanding their businesses in order to provide real and effective management and control. He is well regarded as a trusted advisor to high net worth individuals and families.

As Chambers & Partners Europe reported from one source: “If you’re not in the country and don’t see the lawyer personally, you need to trust the person who is there; he is very responsive and responsible, which is convenient for us.”

Vikram has a deep knowledge in all Distributed Ledger Technology matters, including AML/KYC issues, FATF Recommendation 16 compliance, token issuances, security token offerings and licence applications under Gibraltar’s DLT Providers Regulations. He has also assisted with the development of the DLT regulatory framework in Gibraltar, including being involved in the drafting of Regulatory Guidance Notes to Gibraltar’s Distributed Ledger Technology Regulations and assisting with the draft regulatory framework for Tokens in Gibraltar.

Vikram has co-authored two Manuals on Virtual Currencies for the United Nations Office on Drugs and Crime, intended as training and educational manuals for law enforcement agencies and for regulators. He has attended the European Commission’s Blockchain Observatory and Forum, and is an inaugural member of the advisor board of the European Law Observatory of New Technologies, having delivered the first ELONtech workshop on “Token Sale Regulations and Best Practices”. He has also contributed to various international events and initiatives as a speaker and is considered a thought leader in the space.”

Chambers Fintech reported from one source: “He is extremely knowledgeable, detail-orientated, and one of the highest quality professionals I’ve worked with. His service is outstanding.”

Some of the noteworthy Gibraltar law matters that Vikram has worked on are as follows:

A graduate of Cardiff University, Vikram attended Cardiff Law School as a member of the Middle Temple and was called to the Bar in England and Wales and in Gibraltar in 2001. Vikram is a qualified and full member of the Society of Trust and Estate Practitioners and, is also a qualified and practising Notary Public in Gibraltar. In addition, Vikram is an Executive MBA graduate of Cranfield School of Management. 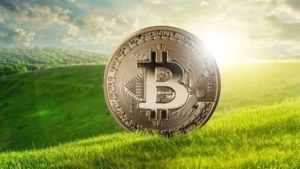 Elon Musk’s tweet about Tesla suspending the acceptance of Bitcoin as a means of payment for Tesla motor vehicles has sparked a great debate about Bitcoin’s environmental credentials.Whilst there has […] 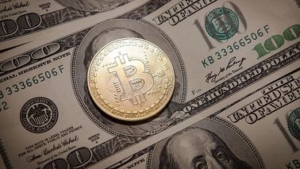 It is encouraging to see financial institutions like Citibank closely examine the potential of cryptocurrencies, and in particular Bitcoin, as a global form of currency. With institutional investors having “arrived” […] 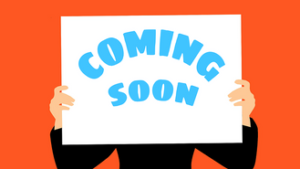 It has been my pleasure to be the contributor of the Gibraltar chapter of the “Taxation of Crypto Assets” book, published by Kluwer Law International, which is expected to become […] 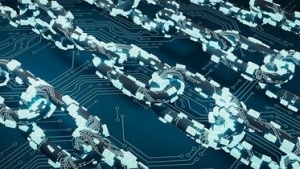 Hassans advises many of the world’s the leading FinTech companies and have been instrumental in attracting some of the biggest cryptocurrency and blockchain-based brands and exchanges to Gibraltar, assisting with […]

Our contribution earlier this year to the Mondaq Blockchain Guide 2020, with Partner and FinTech Co-lead, Vikram Nagrani, covering the Gibraltar chapter serves as a jurisdictional comparator for Blockchain businesses […]