"Our job is to find the perfect solution for every client or develop it ourselves." 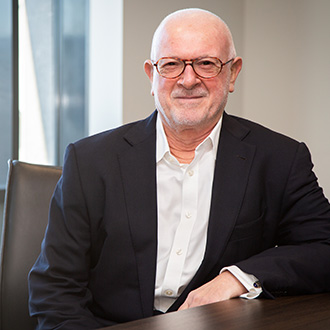 Tony Provasoli specialises in financial services and has been legal adviser to the Gibraltar Government on privatisation of the telephone and water departments, as well as on the transposition into Gibraltar law of telecoms-related European Union directives and other matters related to wireless telegraphy.

Tony has also been legal adviser to Gibtelecom, a corporate entity that provides telephone services within Gibraltar and with Spain. Tony was instructed by the International Telecommunication Union (UN) to investigate and report on the general state of telecommunications in the British Virgin Islands and Anguilla.

Tony has long experience in acting on international banking matters and heads the team that established and now acts for the majority of credit institutions operating in the jurisdiction. He was a Member of Gibraltar’s Financial Services Commission, the regulatory body and independent supervisor of the financial section, for a period of eight years from its inception in 1991.

In December 2021, Tony was appointed to the board of the Gibraltar Competition and Markets Authority.

Tony graduated from University College Cardiff in 1975 and attended the College of Law in London. He became a Partner of Hassans in 1982. He was called to the Bar in both London and Gibraltar in 1976.

"totally reliable and very conscientious…He will always discuss things fully to see what we require from him but he's not afraid to tell us if we are wrong."
Chambers Global (2015 Edition)
"...heads the firm's financial services team and has broad experience in banking and finance matters. He has further notable expertise in regulatory telecommunications matters."
Chambers Global (2016 Edition)
"Specialises in financial services", "Insurance expert"
Legal 500 EMEA 2019
"Very knowledgeable"
Legal 500