"An outstanding lawyer who thinks outside the box with a view to doing everything possible to satisfy the clients needs." - Legal 500 EMEA 2021 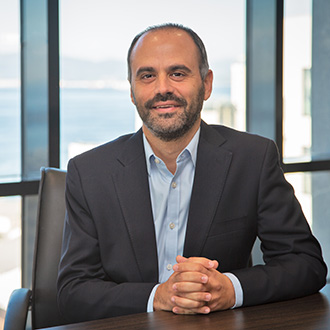 He specialises in setting up Gibraltar based businesses and operations and regularly advises Gibraltar and international High Net Worth Individuals on all aspects related to this. He enjoys a strong reputation as an approachable and hands-on lawyer who actively engages with clients and their business. His local corporate clients include the largest foreign exchange bureau, some of the largest wholesale businesses in Gibraltar and two of the country’s leading property developers.

He also acts for Her Majesty’s Government of Gibraltar on a variety of matters including the negotiation and settlement of contracts and, for instance, advised the government on the vast contractual implications stemming from the implementation of a government wide IT system and on the setting up of the Gibraltar Business Nurturing Scheme.

Separately, he has extensive experience with international corporate restructures and acquisitions and is proficient in transactional work involving the use of Gibraltar based vehicles, in particular, Gibraltar Limited Partnerships. In this field, Richard has worked on several acquisition finance transactions (including, for example, the largest European based property transaction in 2007), has been heavily involved in various high-profile re-financing deals concerning large public and multi-national companies and has led teams advising on all the Gibraltarian aspects of floating various companies in the London AIM stock exchange.

He has co-authored several articles for diverse legal publications such as Butterworths, IFLR and the Centre for Legal Studies, has co-written the Gibraltar chapter on Siemens AG Anti-Bribery Risk Legislation and Practice and the chapter on Limited Partnerships in Tolleys/Tottels publication of Gibraltar: International Finance Centre.

"He has extensive experience in the field of leveraged finance and enjoys a strong reputation in Gibraltar as a lawyer who can assist clients with all aspects of starting a business."
Legal 500 (EMEA 2019)
"provides excellent corporate advice in any situation. He gives on-the-spot responses but if he can't answer immediately he will come back in a short while with the necessary advice."
Chambers Global (2016 Edition)
"efficient and gives a high level of advice to clients."
Chambers Global (2015 Edition)
""

On 29 October 2020, the Government of Gibraltar published the Fair Trading Bill 2020 (‘the Bill’). It is intended that the Bill will introduce a series of important changes, which […]