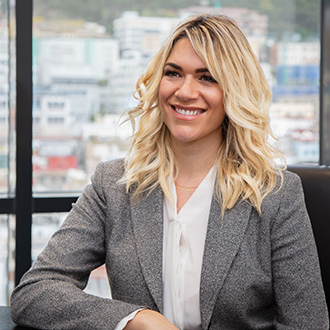 Justine is a Partner in our Corporate and Commercial Department.  She joined the firm in September 2007 and focuses on transactional work using Gibraltar based structures.

In 2004, Justine was part of the organising committee that arranged a three day Human Rights Symposium in Gibraltar attracting leading Human Rights activists from around the world and delivered the closing speech based on the rights of children.

Justine completed her Bar Vocational Course in 2007 at the Inns of Court School of Law and, as a member of the Honourable Society of Middle Temple, was called to the Bar of England & Wales in 2007 and Gibraltar in 2008.

#IWD2021 To celebrate International Women’s Day, we have been publishing a series of spotlight videos and interviews which explore the candid views and experiences of members of our team, looking […]