"If there were no clients, there would be no lawyers. As long as you remember that, you’ll never forget who comes first." 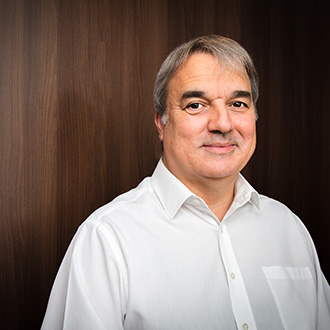 Javier is the Managing Partner and co-team leader of both the Private Client and Corporate / Commercial teams. He advises his diverse corporate and private client base on all aspects of their business and personal affairs, including their corporate structures and tax planning. He has regularly advised large multinationals on corporate transactions and co-led the team involved in the IPO of the first Gibraltar company to be listed on the London Stock Exchange, FTSE 100.

Since 1992, Javier and his team have built up a considerable practice of international clients attracted to Gibraltar’s favourable tax regime and he is regarded as a leading specialist in relocating high net worth individuals to Gibraltar as part of their tax and estate planning. Such planning for individuals typically requires the creation of Gibraltar companies to hold property and other assets, as well as setting up family trusts.

Having graduated from Kent University in law and Spanish law (having spent a year at the Universidad Complutense de Madrid) Javier attended the Inns of Court School of Law in London where he qualified as a Barrister. He was called to the Bar of England and Wales in 1991 and the Gibraltar Bar in 1992. Javier became a partner in 1997. He served on the Committee of the Gibraltar Bar Council between 1993 and 1996.

Javier is also a practising Notary Public in Gibraltar.

"...advises his diverse corporate and private client base on all aspects of their business and personal affairs, including their corporate structures and tax planning."
Legal 500 (EMEA 2019)