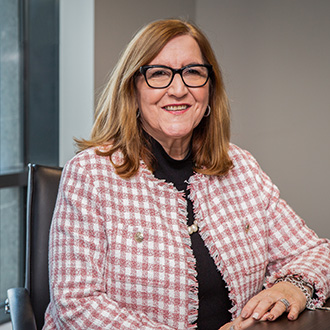 Gina Frendo is the Legal Executive within the Hassans’ Property Team and specialises in property and conveyancing work. She first joined Hassans in 1986 as a Trainee Legal Executive in the Property Department after working as a civil servant in the Supreme Court. In 1989 she joined Westside Legal Partnership a joint venture with two other local law firms to head the conveyancing team responsible for the conveyancing work carried out for Gibraltar Homes for the two Westside Projects known as Montagu Gardens and Harbour Views.

In September 1998 she re-joined Hassans. She is closely associated with the local co-ownership housing schemes and acts for the Gibraltar Government in such matters. Gina was admitted as a Member of the Institute of Legal Executives in June 2003 and made a Fellow (“FILEX”) in March 2004.

She now lectures first and second year students of the Gibraltar Branch of Legal Executives in Land Law and Conveyancing Practice.