"Great service begins with the client. Any business that forgets about that, can forget about success." 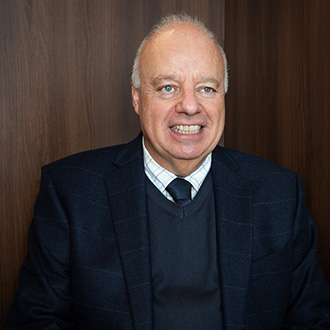 Dick Azopardi is a consultant to Hassans having previously headed the firm’s Property Department.

Mr Azopardi initially joined the Firm in 1979, in those early days undertaking mainly general litigation work. He then left the Firm in 1984 and spent two years in Her Majestys Attorney Generals Chambers where he was appointed legal adviser to the then Land Board, the body that at the time dealt with Government property related matters.

The Team has grown substantially throughout the years and now comprises five practitioners and three support staff. Mr Azopardi has been a Partner of the Firm since 1989 and has headed the Department since its inception. In the past, he has been a regular speaker on property legal matters and has attended and spoken at joint seminars with developers in the UK, Germany, South Africa and Spain.

Over the years Mr Azopardi has represented the majority of property developers and lending institutions in Gibraltar. Throughout the last twenty-five years, he has been at the forefront of real estate developments and has experienced the transformation of Gibraltar’s residential market from one almost entirely based on Government and private sector rentals to a primarily owner/occupier market.

"He knows the local system inside-out so it is always a very simple process with him."
Chambers Global (2016 Edition)