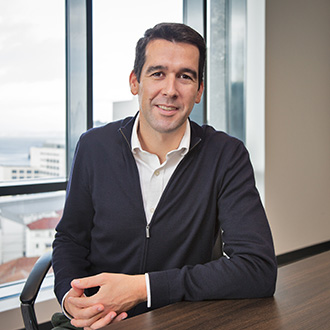 Charles joined Hassans in January 2014 and became a Partner in the Litigation Department on 1st July 2021.

Charles specialises in Crime and leads the firm’s criminal practice. He has considerable experience in advising and representing clients at the police station following arrest and at interview and is a regular in the Magistrates’ and Supreme Courts dealing with all aspects of criminal litigation.

He has been instructed in a number of serious sexual offences cases, including rape and possession of indecent images of children and has developed a specialisation in this area. He successfully conducted the first appeal in Gibraltar, to the Court of Appeal, against the making of a Sexual Offences Prevention Order. Charles also regularly appears before the Parole Board on behalf of prisoners and has successfully judicially reviewed the denial of parole.

Despite his excellent defence work, and no doubt because of it, Charles is the only Gibraltar lawyer to have been instructed by members of the Royal Gibraltar Police and HM Customs to advise and represent them in the Post Incident Procedures carried out following two separate incidents that resulted in civilian fatalities.

In addition to criminal work Charles is also involved in many other areas of litigation. He is part of the firm’s Shipping team and in 2019 was instructed with Lewis Baglietto QC by the Captain of the Port in the detention of the Grace 1.

In 2017 he appeared with Lewis Baglietto QC before the Grand Chamber of the Court of Justice for the European Union on behalf of the applicants in the first preliminary reference from Gibraltar. The case, C-267/16 Buhagiar & ors -v- Minister of Justice, concerned the applicability to Gibraltar of the Firearms Directive and clarified the scope of Gibraltar’s exclusion from the Customs Union and the Treaty provisions on Free Movement of Goods.

In 2015 he, again with Lewis Baglietto QC, acted for the Governor of Gibraltar in a constitutional challenge against the appointment of Grigson J and in 2014 he appeared with John Restano QC (now Mr Justice Restano QC) in the Privy Council in an appeal against extradition.

After graduating from the University of Kent in English and Spanish Law Charles went directly to the Royal Military Academy Sandhurst where he received the Academy prize for outstanding contribution to Academy Sport. Charles commissioned into the Royal Gibraltar Regiment where he served for 8 years which included a tour of duty in Afghanistan in 2008 and a posting as Aide-de-Camp to the Governor of Gibraltar (Vice Admiral Sir Adrian Johns KCB, CBE, DL).

He completed the Bar Professional Training Course in 2011 where he obtained an “Outstanding” and was awarded the Oxford University Press Law Prize for Best Performance in Civil Practice.