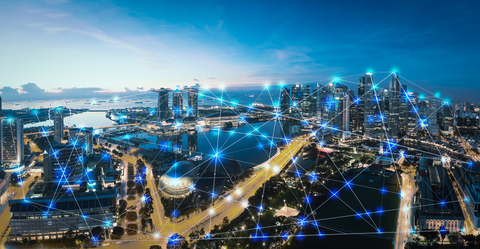 The FinTech industry has undoubtedly seen an incredible rise in recent years. With new technology comes as a great deal of jargon and industry-specific phrases, and this can make aspects of the sector difficult to understand. Seeing phrases like “blockchain” and “Distributed Ledger Technology” (DLT) can put you off if you don’t have any idea what they are.

Perhaps one of the key mistakes make here is that blockchain and DLT are considered to be synonyms. But this isn’t entirely the case; in reality, blockchain is DLT, but not all DLT is block chain. Let’s explain this further.

A Chip off the Old Block

Blockchain first hit our screens via Bitcoin, an early player in the DLT market. Bitcoin announced blockchain as the basis of its operation. In his now-legendary paper, Satoshi Nakamoto explained how Bitcoin would completely change aspects of financial services by utilising a public distributed digital ledger to register, via a series of blocks, a chain of transactions each confirmed by participants known as “miners”.

This was the true beginning of blockchain in 2008. Since then, other notable players, such as Ethereum, Monero and many others, have also employed the blockchain framework to effectuate their business models. As such, the term “blockchain” has come to be a household name. Blockchain, however, is only one technology operating within the DLT framework.

Since it began operating, the blockchain model has faced growing difficulties. Two of the largest challenges blockchain faces are its inability to handle a large volume of transactions simultaneously and its high transaction fees. Opportunity has been envisaged and competition has sprung. The result? This has led to the rise of another player in this technology. It is known as Directed Acyclic Graph, or “DAG”.

DAG is, like blockchain, composed of a network with a number of different nodes confirming transactions. Each new transaction that is submitted requires the confirmation of at least two earlier transactions before it is successfully recorded onto the network.

Unlike the blockchain model, however, DAG does not require miners to authenticate its transactions. By having two “parent transactions” confirm the validity of a subsequent transaction, human intervention becomes dispensable resulting in a vastly accelerated process: not requiring miners’ confirmation means transactions go through almost instantaneously.

IOTA is one of the more prominent examples of Directed Acyclic Graph, incorporating the framework through the use of its own aptly-named “Tangle” protocol.

Hashgraph is another contemporary entity which utilises DAG. Its protocol, “Gossip”, differs slightly to that of IOTA. The Gossip protocol is every bit as chatty as its name suggests; each network node transfers the information they have to other nodes in the network. It is from this string of ongoing confirmations that the distributed ledger is then created.

DAG is proving to be a fitting challenger to blockchain as it ventures to address the flaws identified in blockchain. Of course we do expect other challengers to follow, and it is perhaps still too early to ascertain whether DAG will prevail, but it is certainly one to watch out for. In such a fast-paced and novel industry, new ideas and frameworks will strive to lead the charge. Could DAG make its way to the top, or will blockchain continue to lead the way?

Only time will tell.

It is often said that a week in FinTech is like a month in the real world. It truly is a ‘blink-and-you’ll-miss it’ industry. So much can change, and so quickly, keeping up with the latest developments can seem like a full-time job – and your time is precious enough as it is.

At Hassans we have had our finger on the pulse of FinTech from the very beginning and continue to be instrumental in helping develop the industry in Gibraltar and beyond. Our dedicated FinTech team, the largest in Gibraltar, advises clients from all over the world on a broad range of crypto-related queries.

Looking to apply for a DLT License in Gibraltar? Want valuable advice on how to structure an ICO? Interested in hearing more about the regulatory, infrastructure, tax and other benefits of Gibraltar?

Written by: Jeremy Evans. Jeremy is a member of the Hassans’ FinTech team, led by Anthony Provasoli and Vikram Nagrani.