Hassans appoints seven new partners in latest round of promotions. 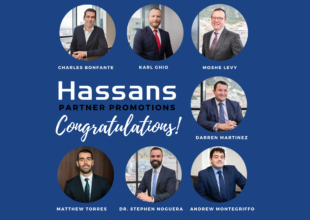 Senior Partner, James Levy QC, commented on the occasion of the appointments:

“I am delighted to be able to welcome seven new partners to our ranks, each one of them as deserving as all the others.  This round of promotions recognises lawyers from every area of our practice and is a matter of genuine pride for us. Andrew Montegriffo is doing great work in the online gaming and gambling context, and Dr. Stephen Noguera, with whom I personally work closely, is an outstanding transactional lawyer.  We also welcome Charles Bonfante, Darren Martinez and Moshe Levy, all of whom are exceptionally busy and sought-after litigation lawyers in diverse areas of law.  Karl Ghio is another excellent transactional and development finance practitioner who I am happy to see join as partner. Matthew Torres, a strong corporate practitioner with Tim Garcia’s team is rightly part of this group of lawyers I am delighted to welcome.”

Mr Levy went on to conclude:

“Despite the headwinds of the pandemic, as experienced by the community at large during 2020, we have cause for cautious optimism as we see a steady growth in interest and activity from our existing clients, in addition to which, it has to be said, we are witnessing a surge in interest in Gibraltar from people and corporates alike who have been drawn to the Rock by the very positive narrative around Gibraltar in 2021.  There is no doubt in my mind that the success of the vaccination programme and the interest around our negotiations with the UK and Europe are both fuelling an interest we have not seen for some time.  I am confident that, both as a jurisdiction and as a firm, especially with the calibre of the people we have, there are better times ahead.  We are ready and we are looking forward to tackling the challenges head on – I am confident of Gibraltar’s continued success in 2021 and beyond.”

Charles joined Hassans in January 2014 and is an Associate in the Litigation Department.

Charles specialises in Crime and leads the firm’s criminal practice. He has considerable experience in advising and representing clients at the police station following arrest and at interview and is a regular in the Magistrates’ and Supreme Courts dealing with all aspects of criminal litigation.

He has been instructed in a number of serious sexual offences cases, including rape and possession of indecent images of children and has developed a specialisation in this area. He successfully conducted the first appeal in Gibraltar against the making of a Sexual Offences Prevention Order. Charles also regularly appears before the Parole Board on behalf of prisoners and has successfully judicially reviewed the denial of parole.

Despite his excellent defence work, and no doubt because of it, Charles is the only Gibraltar lawyer to have been instructed by members of the Royal Gibraltar Police and HM Customs to advise and represent them in the Post Incident Procedures carried out following two separate incidents that resulted in civilian fatalities.

Karl joined Hassans in 2012 and is a member of the Development Finance and Construction Department.

Karl is also a member of the Corporate and Commercial Department and advises clients on the establishment of joint ventures, the structuring of Gibraltar-based trusts and companies and on the active management and control of Gibraltar companies.

Moshe has a busy litigation practice, involving a number of areas of law including, primarily, Commercial and Trust Law. He appears regularly in the Gibraltar Courts on these matters as well as being instructed on commercial and trust advisory work.

He also regularly advises and appears on Insolvency matters and Landlord and Tenant issues. He has developed special expertise in Trust Law proceedings both contentious and non-contentious.

He has also advised on defamation, criminal fraud and public law issues and has picked up invaluable knowledge in these areas.

Darren joined Hassans in October 2011 and is a member of the firm’s litigation department.

Darren has a busy and varied practice across most of the department’s practice areas with a particular focus on commercial, insolvency, construction and crypto-currency/distributed technology ledger law. He appears regularly in the Supreme Court of Gibraltar. He has also appeared (as a junior) in the Court of Appeal for Gibraltar. Darren has experience appearing before statutory boards and tribunals, including the Development and Planning Commission, the Parole Board and the Business Licensing Authority where he acts for both applicants and objectors.

Darren was listed as a “Rising Star” in the Dispute Resolution category in the 2020 edition of the Legal 500.

Andrew Montegriffo is part of the in the Corporate and Commercial Department in addition to working with the Gaming and FinTech teams at Hassans. Andrew primarily works with clients in the sectors of online gaming, fintech and digital technologies. He advises on a wide range of legal issues including licensing, regulatory, financing, corporate structuring and general commercial matters. He has been heavily involved with the establishment and ongoing operation of multiple blue-chip gambling operators and DLT companies in Gibraltar.

As a lawyer in Hassans’ Corporate Commercial Department, Dr Stephen Andrew Noguera’s brief is wide-ranging and varied. He is well-versed in advising on private client matters and has a wealth of experience in the world of corporate and commercial transactional work. Over the years, Dr Noguera has honed his skills as a practitioner, specialising in mergers and acquisitions, joint ventures, corporate governance, and financing transactions.

Stephen joined Hassans in October 2010 after an extensive academic career at the University of Oxford. Upon completing a BA in Jurisprudence at Oriel College (2005), his academic bent secured him a number of successive post-graduate scholarships. These enabled him to work his way through the University’s MSc, (2006); M.Phil, (2007), M.A. and finally D.Phil in Law programmes (2009).

Since joining Hassans in 2010, Matthew has gathered extensive experience and specialises in a variety of corporate and commercial matters that range from commercial litigation disclosures, company management and governance, and he primarily advises large US and European multi-nationals on a variety of international and transactional matters, including, but not limited to, corporate restructurings, equity and debt financing transactions, redomiciliations, mergers and acquisitions, joint ventures, insolvency work (in particular solvent liquidations and advising liquidators) and the use, set up and organisation of Gibraltar Limited Partnerships, as well as  advising local small businesses on set-up and organisational related matters.

Matthew is also the co-founder and current Head of Operations of the Hassans Academy. 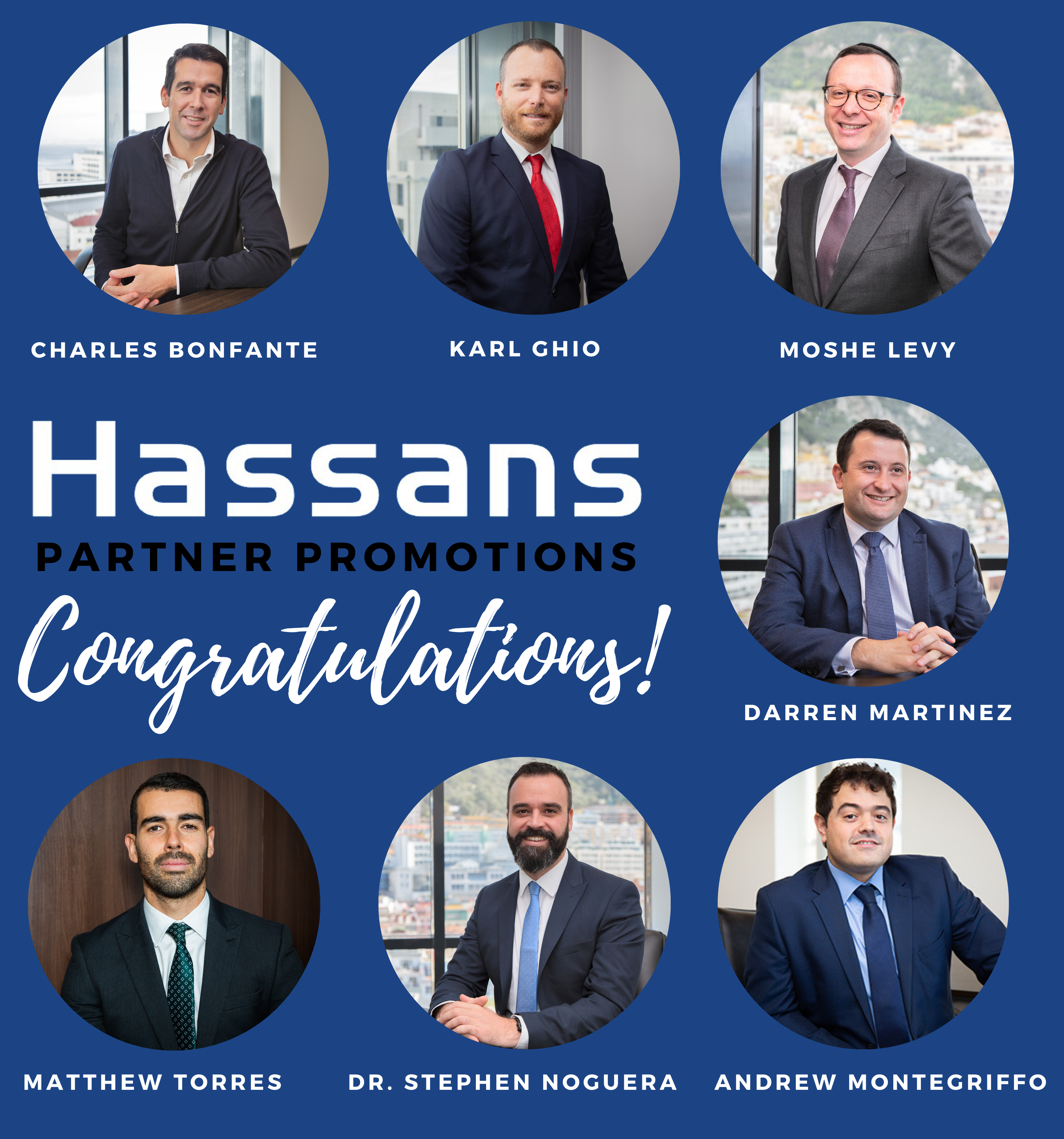