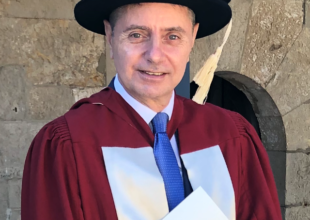 Hassans International Law Firm Limited has today congratulated the Hon Gilbert Licudi QC on the receipt of an Honorary Doctorate from the University of Gibraltar at its first graduation ceremony on 5 December 2020.

Elected to the Gibraltar Parliament in 2007, he became a member of the Government following elections in 2011. Between 2011 and 2020, Gilbert held ministerial office with responsibility, at different times, for Financial Services, Gaming, Education, Justice, Telecommunications, Tourism, Port and Maritime Services and Employment.

During his time in Government, Gilbert was responsible for the establishment of the University of Gibraltar in 2015.  Gilbert returned to private practice at Hassans in August 2020 and continues to be a Member of the Gibraltar Parliament.

He specialises in litigation with a practice which includes advising and representing clients in Commercial, Employment and Trust cases as well as in Sports Law. He is also an Overseas Member of 9 Stone Buildings, one of the oldest Chancery sets in London.

Hassans have renewed their commitment to support the excellent work of Calpe House GA, pledging £10,000 per annum for the next three years. Hassans has supported Calpe House GA since […]

Bitfrost, a Gibraltar-based fintech client of Hassans’ Partner Anthony Provasoli, that supports institutions involved in the purchase and sale of virtual assets has today announced its successful registration with the […]

Following an 8-month long research period, collating feedback from over 300,000 in-house counsel and clients of law firms across c.100 jurisdictions, Hassans is honoured to once again be awarded with […]