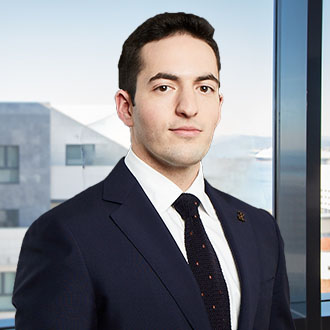 Avromi Endfield is a Trainee Solicitor who has already commenced his first seat in the Tax Team and will shortly be moving to his second seat in the Corporate and Commercial department.

In March 2020, Avromi graduated top of the year on his LLB. Following that, he worked with Hassans as a paralegal in the Tax team from September 2020 to 2021 whilst he completed his Legal Practise Course (full-time) at the same time. From September 2021 to 2022, Avromi successfully completed an LLM in Switzerland.