Learn from the best. 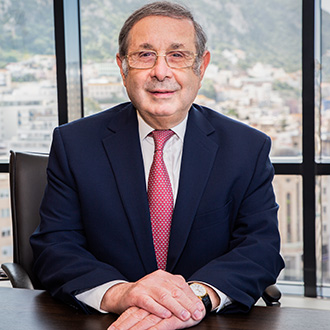 James Levy is the Senior Partner of Hassans, specialising in corporate and international tax law.

He was appointed Queen’s (now King’s) Counsel in October 2002 and, in 2013, was awarded a CBE for his services to the community of Gibraltar and for his work in helping to grow and develop its economy.

James advises large public companies on mergers and acquisitions and property companies on acquisitions throughout Europe. He is often called upon by high-net-worth individuals from around the world to provide advice on complicated commercial and family dispute resolution. His in-depth legal knowledge is eclipsed only by his common sense approach to problem solving.

He assisted the Government of Gibraltar on its development of the jurisdiction as a finance centre. This has included advice on anti-money laundering, banking, insurance, financial services and trust legislation.

James pioneered the use of Alternative Dispute Resolution in Gibraltar and is a qualified Mediator.

He was a contributing author to Tolley’s ‘Tax Planning International’, joint editor of Tolley’s ‘Taxation in Gibraltar’ and a frequent lecturer on various aspects of financial services legislation.

James Levy is consistently ranked as a Leading Individual by the Legal 500. For over 12 years James has been awarded Star Practitioner status by Chambers and Partners. This accolade, which he first received in 2007, is granted only to the very best lawyers in each jurisdiction. Chambers and Partners also conferred the highly prestigious “Life Time Achievement Award” upon James in May 2008.

The 2018 edition of Chambers and Partners, meanwhile, describes James as “a first-class lawyer” and “the most experienced and well-connected lawyer in Gibraltar.”

An Honours graduate from Manchester University, James attended the Council of Legal Education in London and qualified in 1972, becoming a partner of Hassans soon after in 1974.