Is Administration the new liquidation? 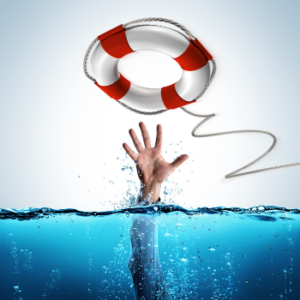 In answer to the question, “not quite”.

The use of Administration in Gibraltar for insolvent companies is a fairly recent, and in the case of insurance companies, an innovative use of this insolvency procedure. Indeed, Administration as a legal construct is relatively new in Gibraltar and was first introduced by the Insolvency Act 2011. The first regulated entity to have taken advantage of the Administration route was Horizon Insurance Company Limited (in December 2018).

Most recently, on the 23rd January 2020, the Supreme Court of Gibraltar appointed Grant Jones and James Oton of Simmons Gainsford as Joint Administrators of Quick-Sure Insurance Limited (Quick-Sure), an insurance company domiciled and regulated in Gibraltar.

Whilst Administration will therefore never replace liquidation in most cases of insolvency, the use of the Court sanctioned Administration procedure has certainly paved the way for a proactive, pragmatic and collaborative approach to insolvency.

(a) rescuing the company as a going concern;

(b) achieving a better result for the creditors as a whole than would be likely if the company were to enter into liquidation, without first being in administration; or

(c) realising property in order to make a distribution to one or more secured or preferential creditors.

It is not a very high threshold.

By way of illustration, the benefits of an Administration in the case of an insurance company, as explained in the affidavit in support of the application to the Supreme Court for the appointment of administrators in the case of Quick-Sure (where the hearing was held in open Court) include:

(1) An Administrator in an Administration (unlike in a liquidation) can continue the run-off of the company’s business and pay insurance claims.

(2) The Financial Services Compensation Scheme (FSCS), the largest contingent creditor in an insurance company failure where UK policyholders satisfy the eligibility criteria for compensation, would only need to pay that portion of the insurance claims that was not settled by the Administrator directly from the assets of the company. (The FSCS is the U.K. compensation scheme responsible for protecting eligible UK policyholders in an insolvency).

Regulators are increasingly recognising the benefits of an Administration procedure over liquidation where the Administrator’s proposals for the Administration are intended to try to save the business as a going concern or to achieve a better result for creditors. Gibraltar law and it’s regulatory environment (with the exception of banks, which are excluded from the Administration regime) are fully aligned with this strategy.

“We are likely to see the Administration tool used more often in the future in Gibraltar – not just in the insurance sector but more widely. Indeed, we may see the Gibraltar Administration toolkit, expand to include prepackaged administrations or expedited M&A, as well as being used in conjunction with company voluntary arrangements, to preserve employment and the business. Administration is a good illustration of companies, regulators and professionals successfully working together with a common objective. Quick-Sure is one recent example.”

Nigel Feetham QC has appeared before the Supreme Court in three administration applications on behalf of the applicant company, most recently for Quick-Sure. Nigel’s work at Hassans has been recognised in numerous prestigious industry awards. He is also the author and co-author of several books including “Protected Cell Companies: a Guide to their Implementation and Use” which was in May 2015 cited in Pac Re 5-AT v. AmTrust N.A., Inc., No. CV-14-131-BLG-CSO, 2015 a decision of the Federal Court of Montana (USA).

To learn more about insolvency and administration in Gibraltar, please visit our dedicated Insolvency expertise page.