In My Opinion – Peter Montegriffo 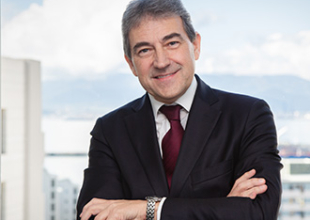 Very shortly after the 23rd June 2016 Brexit vote, I bumped into my since sadly departed political friend (and occasional adversary), Juan Carlos Perez.  On this day our analysis was very similar. Beyond sharing the dismay, indeed grief, at the result, we agreed this represented a watershed for Gibraltar. Our long-held expectation that Europe might provide the space within which we would find a bespoke, internationally-recognised, post-colonial outcome for our aspirations as a community, seemed dashed and more distant than ever. Could we now just cling to the status quo (which must face the danger of erosion with Spain’s EU influence and no British counter-balance), or would we need to re-evaluate our thinking?

For the next 4 years, many harboured the hope that Brexit could be reversed.  Or perhaps, delivered on such soft terms as to amount to a retention of most of the rights and benefits we had come to enjoy.  These included not only political and social rights, but economic freedoms – such as the freedom to provide services across the EU – which played an important part in the growth and success of our financial services and gaming industries.

Nobody can predict the future, so we have no idea what the EU will look like in 5 years’ time, or indeed Britain’s relationship with it. But, it must be clear to us that for some time ahead, we have to respond to a landscape fundamentally different to the one on which our economic model has been built. And we must now also deal with the post-pandemic challenges.

Brexit starkly exposed a difference of economic priorities between UK (or at least some parts of it) and Gibraltar. But, the differentiation goes further. For many UK voters, Brexit was about “taking back control” and resisting the pooling of sovereignty that the EU project implies. Our 96% vote reflected another attitude.  Whilst absolutely determined to retain our British sovereignty,  jurisdiction and control, we were comfortable with the pooling of responsibilities on which the EU is constructed. We saw (and continue to see) no contradiction in being Gibraltarian, British and European in equal measure.

Our future now turns on the outcome of the negotiations following the in principle UK, Gibraltar and Spanish agreement.  I welcome and support the agreement, whilst recognising it may require us to adopt a view on practical cooperation, stretching beyond what some hitherto may have been comfortable with. Furthermore, at 8 pages long, it is a broad framework.  The UK Trade Deal is described by Labour as “thin” at over 1,400 pages.  Our agreement sets out very important principles, but will require a great deal of careful and detailed negotiation. The Chief Minister is right in committing to wide consultation and highlighting the huge significance of the endeavour.  And, as he also candidly warns,  success on terms acceptable to the Government and majority of Gibraltarians, cannot be taken for granted.

Our agreement focuses primarily on the mobility of people, for reasons we all know. It also raises the prospect of a much closer relationship on goods, even though we never formed part of the Customs Union. There will be much to consider in assessing the merits or otherwise of closer alignment in this area, ultimately all aimed at maximising the arc of shared prosperity embracing the entire process.

Curiously, the agreement makes no direct mention of services. This, despite the fact that we enjoyed the freedom to provide EU services, including passporting rights for financial services. Our finance centre has been built and grown within the EU regulatory framework. We are likely to remain aligned in many aspects. These rights included cross-frontier banking and insurance services. Many of our Gibraltar-based operators benefited from and developed these opportunities. Whilst we have done very well in securing the extremely important access to UK markets, should we not be seeking ongoing access to EU markets? If access is possible for goods (for which we never had such rights), why not for services, which we were always entitled to?   Why deny us (and by extension the surrounding region), the benefits of EU access, only to our collective detriment? Continued access to the EU services market would unquestionably strengthen the shared prosperity all are committed to building.

The outgoing EU Brexit negotiator, Michel Barnier, is quoted as saying in respect of our future EU relationship that, “Nothing is Impossible”.  So, there may be some basis for optimism there. We are also, indeed, fortunate in having the current Spanish Foreign Minister, Ms Arancha González Laya, as one of our interlocutors, together with UK and EU negotiators. We have seen how differently other political forces in Spain might have behaved.  In one of many such reminders last week, the ex-Spanish Foreign Minister, Senor Garcia Margallo, loudly denounced the agreement, lamenting that “Las cosas no se han podido hacer peor” (broadly translating into “matters could not have been handled worse”). None of us can be naive or dismissive of the forces, externally and internally, that may seek to thwart the process.

This is a seminal juncture in our political history. In facing this moment, what should our stance be?

It is up to us to define and pursue our agenda.

As a community, we need to step up and make sure we are up to the task ahead.  Whilst great vigilance and caution is necessary, so too will be the courage and capacity to “seize the day”. We owe it to ourselves and, most importantly future generations, to shape the future and not remain defined by the past.

This opinion piece was originally published in the Tuesday 26th January 2021 edition of the Gibraltar Chronicle.