Where is the best country to launch an ICO – Switzerland or Gibraltar? 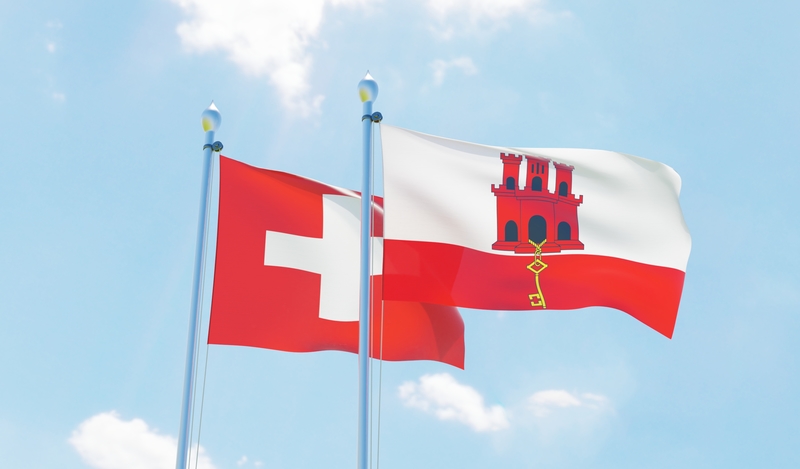 As the owner of a start-up or a crypto investor researching blockchain-friendly jurisdictions, no doubt you have already read numerous articles comparing the various crypto-friendly countries and noticed the same names keep cropping up. In this article we assume you have now narrowed your choice down to two options, and are currently wondering which of the two is the best country to launch your ICO, Switzerland or Gibraltar?

Both jurisdictions are small, multilingual nations with a solid financial background and cutting-edge infrastructure, each vying to become the crypto capital of Europe.

In one corner; a global banking behemoth known for its clockwork efficiency. In the other; a vibrant commercial powerhouse to whom we owe the phrase, “Steady as the Rock of Gibraltar.”

We put both jurisdictions through a full nine rounds of critical benchmarks to determine which contender is the clear winner.

Switzerland has been quick to embrace blockchain, which is hardly surprising given its status as “the global leader in terms of cross border private banking” and “one of the largest asset management and fund distribution markets in Europe”, according to PwC. [Source]

Alongside traditional financial hubs like Zurich and Geneva, the small town of Zug, once a sleepy lakeside fishing town, has been transformed by the blockchain industry. It now plays host to many influential entities, including the Ethereum Foundation, and brands itself as “the Crypto Valley”.

Gibraltar, meanwhile, has its own trendy title – “the Crypto Harbour” – and has also enjoyed massive success within numerous competitive sectors, its most recent success being the field of online gaming. Gibraltar is the foremost jurisdiction in the world for the industry, being home to the biggest and best online gaming companies with the highest pedigree. Not only does Gibraltar have experience in developing tech industries, with the necessary resources to support future blockchain industries, its success in gaming is proof that the jurisdiction can nurture a once-new and peripheral business model into a mature, reputable and lucrative industry.

In regulatory terms, both countries take a very similar stance. They both seek to find the middle ground to support and promote innovation within the distributed ledger technology industry, while simultaneously protecting the integrity of their respective financial services industries and global reputation.

Switzerland published its guidance notes for ICOs in February and is looking to introduce a special FinTech licence though it needs to move fast if it is to catch-up with its rivals.

With a small population of approximately 33,573 people, Gibraltar enjoys the advantages of being extremely agile, having a pro-business and friendly government, a regulator that has vast expert knowledge on distributed ledger technology and understands the crucial balance between protecting consumers through regulated conduct while encouraging innovation. It also enjoys a close-knit professional services community (including law firms, accounting firms, banks and fiduciary service providers) who are actively embracing DLT-related business and quality ICOs.

All this translates into swift, decisive action with an ability to quickly change tack in response to an ever-changing FinTech landscape. As a result Gibraltar is much farther ahead of Switzerland in regulatory terms, with a working set of DLT Regulations since January 2018.

In March, the Gibraltar Financial Services Commission published its Token Regulation Policy Document. The regulations themselves are set to come into effect in the coming months. In the meantime, Gibraltar is already welcoming a steady stream of eager DLT Licence applicants and quality ICO projects.

Result: Gibraltar wins – more proactive, nimble and much further ahead on regulation.

One of the largest crypto trading platforms in the world, Bitfinex, recently announced its plans to move to Switzerland. Gibraltar’s DLT Regulations, however, have attracted numerous crypto-currency exchanges to the jurisdiction, such as BTCC, CEX and eToro and is, therefore, once again several steps ahead. Gibraltar is also home to TokenMarket who was recently awarded ‘The Best ICO Advisor’ at Cryptocurrency World Expo Berlin Summit 2018, and the Gibraltar Blockchain Exchange which, earlier this year, successfully completed its Rock Token sale.

Result: Gibraltar wins – although Switzerland, and Zug in particular, is a prime contender in this area, Gibraltar remains one step ahead.

The one activity we associate with Switzerland more than any other (even skiing), is banking. Swiss banks enjoy an illustrious reputation globally for professionalism and discretion. Switzerland has banks which happily allow crypto operators to open accounts, subject to compliance with their client on-boarding requirements.
Gibraltar also has a strong banking sector and a solid financial reputation globally. Plus, its banks also allow crypto operators to set up accounts.

Result: Draw – Swiss banking may be world famous, though does not necessarily offer any significant advantage over equally viable and well respected Gibraltar banking options.

Switzerland’s corporate tax rate varies by region and it’s worth noting that Zug, the “Crypto Valley”, has a comparatively high one, at 14.6%, especially when compared Gibraltar’s corporate tax rate of just 10%. These considerable savings, plus an additional set of low tax or zero-tax benefits, mean that, once again, Gibraltar has the edge.

Investors consider Swiss Francs to be a strong, stable currency, particularly popular during periods of volatility. Gibraltar, meanwhile, uses the Gibraltar Pound as its currency, which, although minted in Gibraltar, enjoys total parity with the British Pound.

Result: Draw – Swiss Francs, like gold, prove popular in times of uncertainty. The Pound, meanwhile, remains one of the world’s top traded currencies, alongside the Dollar, Euro and Yen. We accept volatility as part and parcel of contemporary crypto trading, but still require stable fiat currencies for day-to-day business operations to function properly. Both jurisdictions provide this.

Gibraltar’s history, by comparison, is quite turbulent but its status as a major commercial centre has never faltered since ancient times. As a fully-autonomous British overseas territory, Gibraltar is subject to English Common law, with all the benefits this entails, but retains its own government and parliament. It boasts steady economic growth and an unemployment rate of barely 1%, enjoys a solid reputation globally with a strong financial background and is also home to several of Britain’s largest insurers.

Result: Draw – Both countries are stable, peaceful and prosperous.

Although Gibraltar does not have a comparable facility at present, it has approximately 55 km of tunnels which may be an option worth exploring to offer safe offline storage.

Plus, unlike neutral Switzerland, the Rock is a properly battle-tested fortress, having endured fourteen sieges, spanning centuries, as well as the Napoleonic Wars and World War 2. So, were Gibraltar to create such a facility, it would no doubt become the most impregnable bank vault in history.

Result: Switzerland wins – the Swiss facility is certainly impressive, and, although Gibraltar could potentially build a brand new facility of its own that could vastly supersede it, in the here and now, Switzerland is ahead.

Switzerland’s economy minister, Johann Schneider-Ammann, said earlier this year that the country should seek to become the “crypto-nation”. Leading the charge was Zug, which famously made headlines by being the first of its kind to take payment in Bitcoin, with many public services, along with private retailers, actively accepting the currency.

The Gibraltar government, also an early advocate of crypto, was one of the first countries to enact special DLT Regulations, and is now looking at integrating blockchain into its own systems. Albert Isola, Gibraltar’s Minister for Financial Services and Gaming, has even mentioned the possibility of using blockchain for elections, “The vision is to be a part of the evolution of blockchain”.

Result: Draw – both jurisdictions are extremely crypto-friendly and both are considered top global contenders.

And the winner is… Gibraltar

If you are looking for a stable, secure yet lively country with smart regulations plus a banking system that is amenable to crypto to base your FinTech business, and/or launch an ICO or token sale, Gibraltar is the place to go.

Gibraltar’s government is not merely crypto-friendly, but rather is actively involved in steering the future development of FinTech globally.

As a result Gibraltar is already leagues ahead in terms of legislation with working DLT Regulations plus active blockchain exchanges and crypto marketplaces. Other jurisdictions are rushing to play catch-up, though the upcoming Token Regulations, set to come into effect in a matter of months, will deliver the knockout blow.

Add to this a corporate tax rate of 10%, not to mention various other tax incentives, a vibrant local culture and a stunning scenery, and it’s easy to see why Gibraltar licences are in such high demand.

The sunny Mediterranean climate is also a huge incentive, especially when compared to rain-drenched Zug, with average annual lows of ten and highs of 30 degrees Celsius – which you certainly don’t get in the Swiss Alps.

And don’t worry, if you love to ski you still won’t be too far from the slopes, with Spain’s majestic Sierra Nevada Mountains a mere three hour’s drive away.

The Hassans FinTech team consists of 15 experienced practitioners co-led by partners Anthony Provasoli and Vikram Nagrani. We advise a broad range of clients, including several leading global brands, on crypto matters, working closely to advise and council every step of the way.

For more details on the benefits of Gibraltar, including tax benefits, plus further details on regulations and the DLT Licence application process, contact Hassans today.

The FinTech industry has undoubtedly seen an incredible rise in recent years. With new technology comes as a great deal of jargon and industry-specific phrases, and this can make aspects […]