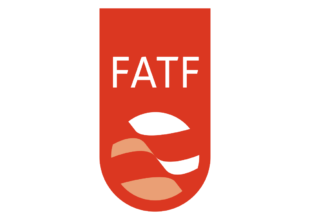 The Financial Action Task Force (‘FATF’) is an international organisation consisting of 39 countries which has a network of regional FATF style entities across the various global regions. The FATF is responsible for ensuring rigour and implementation of a number of financial services regulations designed to prevent abuse of global financial services systems. The FATF undertakes regular reviews, through its Moneyval arm, of all the jurisdictions within its remit and grades them into three categories. These are; ordinary status; jurisdictions under “increased monitoring”; and thirdly, high-risk jurisdictions subject to a call for action. Today Gibraltar has moved from the ordinary status to the list of jurisdictions requiring “increased monitoring”.

In 2019 Gibraltar underwent a Moneyval review and in December 2021 had made good progress in resolving all the recommendations contained in the 2019 report. However, as highlighted in today’s FATF papers two recommendations remain outstanding, and as a consequence the “increased monitoring” procedures have been activated.

It is important to understand is that the FATF lists are not related to tax. The OECD and the EU (as well as many jurisdictions in their own right) maintain “blacklists” and “greylists” (or lists of “non-cooperative jurisdictions”) in connection to the tax systems of other jurisdictions. The FATF listing system is not that. It is, instead, a measure of the compliance with a set of provisions designed to stop abuse of financial systems. Inclusion on the OECD and EU lists would incur immediate sanctions on those subject to taxation in Gibraltar, there are no similar sanctions under the FATF “increased monitoring” status. Gibraltar is and remains fully compliant with international standards in regard to the design of our taxation system and our compliance with international exchange of information regulations (and participates in wider information exchange than the UK or many other jurisdictions).

This change in status is, of course, still a serious matter and should not be taken lightly. However, moving onto the list of jurisdictions subject to increased monitoring does not imply punishment. Instead, it identifies areas which require improvement and encourages jurisdictions in this position to engage with the FATF to set out an action plan to resolve outstanding issues. It is our understanding that the Gibraltar Government is fully engaged. There are no direct economic or procedural sanctions levied against jurisdictions which are under increased monitoring, though financial institutions will most probably have increased requirements for due diligence and anti-money laundering requirements when dealing with payments and transactions originating in and in connection with Gibraltar.

How common is this?

What impact will this have?

As pointed out above there will be no direct sanctions either on Gibraltar or its financial institutions though the change in status will not go unnoticed by global financial institutions. Much of the impact on countries such as Pakistan has been around limitations on their ability to access IMF funding and that kind of impact is not relevant to Gibraltar. Instead, we expect to see a further tightening of enforcement activity by the Gibraltar authorities and the resolution of the two recommendations which remain outstanding.

How long will this last?

In our experience the minimum period for which Gibraltar will remain under increased monitoring will be one year. This is a function of how long it will take to resolve any issues, and also how long it will take for the FATF to review implementation. Removal will also be subject to matters of timing of the next relevant meeting at which Gibraltar’s removal can be considered. We are confident that both the Gibraltar Government and the financial services sector in Gibraltar will do their utmost to ensure compliance in the shortest possible timescale.

It has been 22 years since Gibraltar fleetingly appeared on the OECD list of non-cooperative jurisdictions, it has remained off any similar listing arrangements ever since, and has done so as a result of the consistent approach taken by Gibraltar authorities on these issues.  They have worked to embrace compliance as a positive way in which to tackle important issues. Gibraltar prides itself on its compliance with international standards. We are confident that, whilst today’s FATF resolution to place Gibraltar under “increased monitoring” should be taken as a call to increased vigilance, the authorities in Gibraltar will continue to work to fulfil the requirements of the FATF and Gibraltar will be removed as quickly as possible from “increased monitoring”.

More about the FATF

The Financial Action Task Force (FATF) is the global money laundering and terrorist financing watchdog. The inter-governmental body sets international standards that aim to prevent these illegal activities and the harm they cause to society. As a policy-making body, the FATF works to generate the necessary political will to bring about national legislative and regulatory reforms in these areas.

With more than 200 countries and jurisdictions committed to implementing them.  The FATF has developed the FATF Recommendations, or FATF Standards, which ensure a co-ordinated global response to prevent organised crime, corruption and terrorism. They help authorities go after the money of criminals dealing in illegal drugs, human trafficking and other crimes.  The FATF also works to stop funding for weapons of mass destruction.

The FATF reviews money laundering and terrorist financing techniques and continuously strengthens its standards to address new risks, such as the regulation of virtual assets, which have spread as cryptocurrencies gain popularity.  The FATF monitors countries to ensure they implement the FATF Standards fully and effectively, and holds countries to account that do not comply.

For more detail on the FATF’s assessment of Gibraltar, please visit https://www.fatf-gafi.org/countries/#Gibraltar

Grahame is a Solicitor and partner with the firm specialising in Tax. After leaving university with his first degree (reading English & Philosophy at Keele) in 1993 he ran his family’s printing business for nine years before moving to Gibraltar. For more information on Grahame, please visit https://www.gibraltarlaw.com/our-people/grahame-jackson/

Grahame is a co-host on the International Tax Bites podcast –  please visit https://open.spotify.com/episode/7K4eEeiD8TKdvvvAwJr5R1  to hear more about the FATF and how it works. 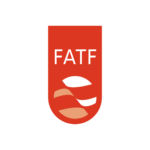 In this latest episode of the internationally acclaimed tax podcast series, International Tax Bites, Hassans’ Partner Grahame Jackson and Old Square Chambers’ Harriet Brown look at how to distinguish between […]

International Tax Bites explores concepts and issues in international taxation. In this latest episode the duo, Harriet Brown and Grahame Jackson, go off piste and explore what the greylisting of Malta means, […]

International Tax Bites is back with a new series! Trumpeted as one of the most radical proposals in the last 100 years, this first episode covers the recent announcement by […]